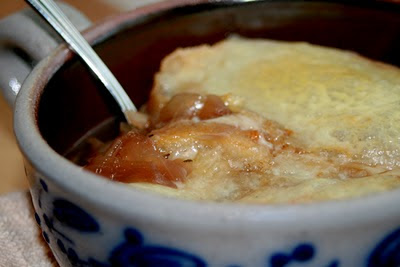 The leaves have mostly fallen off of the trees, the sky is perpetually gray (or so it would seem), and day by day, the weather gets gradually cooler.  While the scene outside is less-than-inspiring for me, it's at this time of year that ideas fly around my kitchen.  Slow cooking, stewing, and braising become regular occurrences in my culinary repertoire this time of year; and french onion soup is the ultimate slow-is-better soup.  I'll occasionally order this soup at a restaurant, but it inevitably is always too salty, too beefy, or otherwise sub-par.  It isn't a soup that's overly complicated.  The key is to let the ingredients speak for themselves: slowly caramelized onions combine with rich broth, wine, and fragrant herbs.  Simmer the mixture for as long as time allows, and top the mixture with thick slices of french baguette and cheese.  Broil until bubbly on top. It's as simple as that... so why is it so difficult to get a good batch of french onion soup? 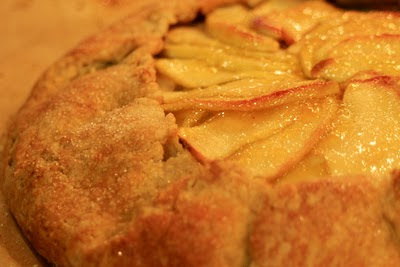 I have a strong belief that buttermilk has magic powers.  It is thick and rich, yet amazingly low in fat; and moreover, it makes anything tender.  Really - anything.  Want delicious fried chicken? Marinate the pieces in buttermilk before breading and frying.  Want a moist, delicate crumb on that chocolate cake? Use buttermilk in place of some of your liquids (I like to replace water or milk in a recipe with buttermilk - but see the next paragraph for an important note about this.)  Then, there's pie crust.  Home cooks and chefs alike strive to have buttery, meltingly tender pie crust; and while having really cold butter and liquids is one key to the equation, using buttermilk in the crust provides a little extra insurance. 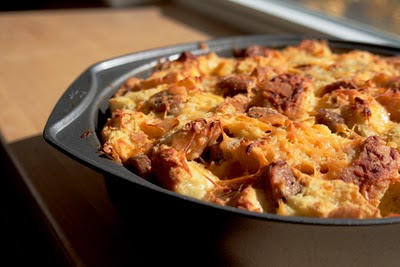 Consider this post "My Ode to Eggs: Part II" - I've already waxed poetic about my adoration for them, and now here's a recipe that places eggs in harmony with other ingredients that I love.  It's one of those "the whole is greater than the sum of its parts" dishes - a few humble ingredients, treated properly, are turned into something worthy of serving at a brunch with friends. 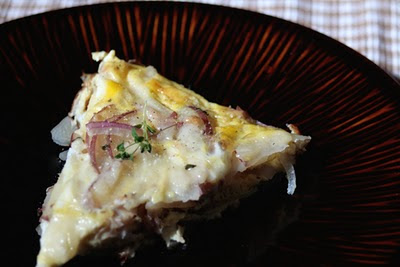 In January 2009, Bon Appétit proclaimed that the dish of the year was "Anything with an Egg on Top."  I have to say that it's one food trend that I don't get sick of... but more than that, I love eggs on their own; not just topping a burger, or a pasta dish, or a pizza, or an ice cream sundae.  (Ok, maybe the sundae went a little too far.)

To me, breakfast just isn't breakfast without eggs.  Sure, some people go for giant cinnamon rolls or a leaning tower of pancakes; but the sugary stuff just leaves me feeling jittery.  Give me an EGG, for pete's sake.