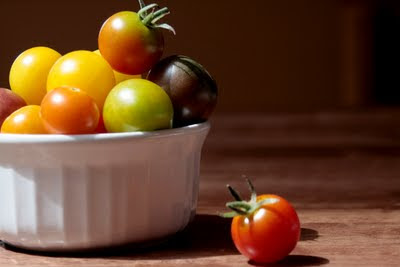 For me, this post will either serve as a death rattle - a final post in an attempt to keep this blog alive - or a revitalization.  I hope it's the latter.  I haven't posted since February, but in the nearly 10 months it's been since my last post, I never stopped cooking.  On the other hand, posting my recipes obviously didn't receive the same attention.


Shortly after my last post in February, I accepted a new job at my company.  It was the job I'd ALWAYS wanted.  I took it a week before my 5th service anniversary, and I was thrilled... but being the only person in the job I often didn't know where to turn when I got stuck.  I'd also grown accustomed to being the go-to girl, the person who knew all the answers; so having to be the one asking questions didn't sit well.  I considered my first months in the job to be an epic career face-plant.

During those months I turned to my comfort foods: my mom's spaghetti sauce recipe, chicken enchiladas in sour cream sauce, homemade pesto.  I spent a lot of time at the office muddling my way through projects, deciphering the notes of my predecessor.  But when I was home, I was in the kitchen: my pesto took on new life with garlic scapes from our CSA share, my chicken enchilada sauce received an addition of roasted tomatillo. I cooked the foods I love because I needed something familiar, but I added new ingredients because that's what life - er, the CSA - handed me.  My adaptations in the kitchen were reflective of the change I was hoping to accomplish with my career.

It seemed as though all of the sudden in early July, my light bulb came on.  Work felt less murky; I was back to answering more questions than I was doling out.  Summer was here, bringing sunny days, long and lazy weekends, and tomatoes.  Life just seems better when you have tomatoes.  I didn't do a lot of "cooking" - mostly there were plates of tomatoes drizzled with olive oil and sprinkled with kosher salt, or quickly boiled corn slathered in butter and sprinkled with smoked paprika.  I finally had the time to share what I was cooking, but frankly I was too busy enjoying myself.

Summer fought valiantly, but eventually autumn overtook us.  I was feeling rattled - this time, not by work but by home.  We loved our apartment, perched on the top floor of an old house, but the fire department favored our road as the route to access south-end neighborhoods.  And then there was the hotel being constructed nearby.  The noise and the house-shaking vibrations were constant.  I was in fact, literally, rattled. Combined with a recent rent increase, we now had the impetus we needed to purchase our first home.  We bought it in mid-October and spent the next couple of weeks frantically moving in.  It's amazing because even though we've been here for less than two months, it feels more like home we could have ever imagined.

Now that things have settled down, I'd love to say that I'll continue blogging.  But was gives bloggers the motivation to share?  I am inherently a private/shy person; small talk with strangers about anything beyond the weather makes me uncomfortable.  I rarely discuss what's going on outside of work with my coworkers.  So what makes me think I should write a blog?  A good blog is, after all, about more than recipes.

At least there's no question that I'll continue cooking, because it's where I go when life seems crazy.  I can cook comfort foods when life throws a curve ball, or I can experiment with new ingredients or recipes when I'm seeking something exciting.  My kitchen is able to become whatever I need it to be.  My kitchen is my happy place.